Some coruscations emit light without burning, but are never accompanied by thunder.
(From Novum Organum, by Francis Bacon) 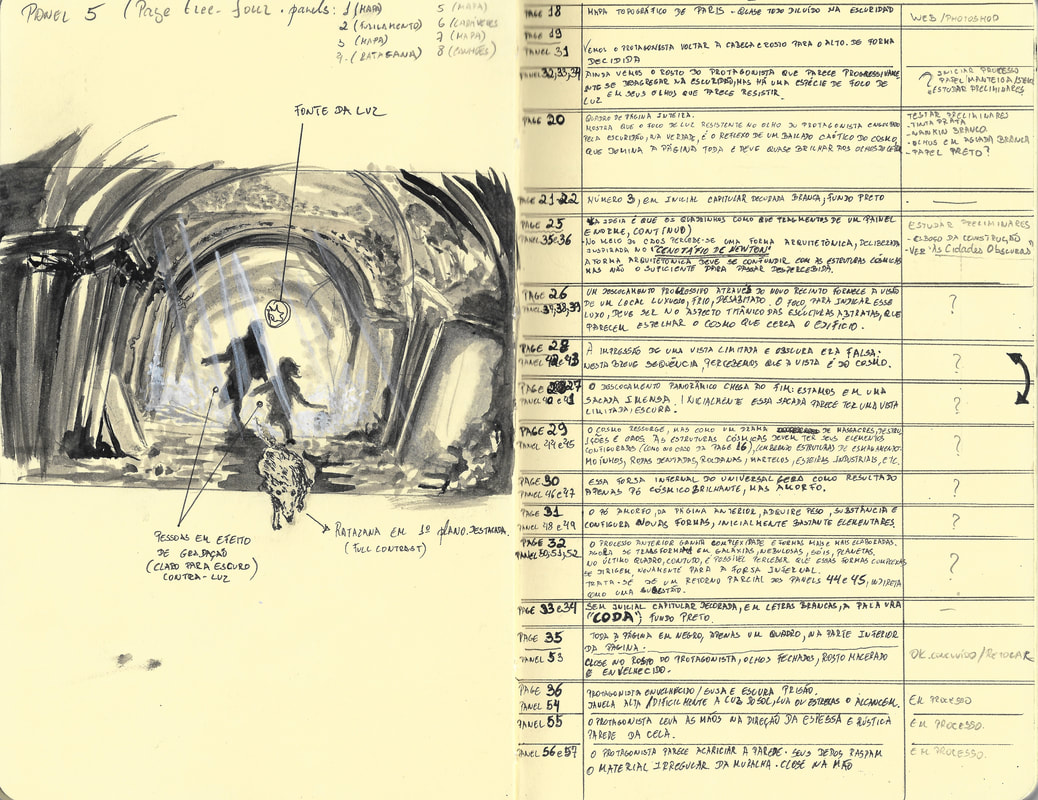 The breviary, a special kind of book with the liturgical texts for the Office. A book intended for convenient, everyday purposes. However, some breviaries can be hideous, even unholy. How beautiful would be the breviaries written by the Ursuline nuns at Loudon, for example. Following this unveiled tradition, the Romanian philosopher Cioran wrote his Précis de décomposition.
The new Raphus Press series, Précis, in this sense, will be focused on these contemporary small, unholy breviaries, with pieces created by the great contemporary auteurs of strange stories with a precious gift, a reliquary for our readers. So, E(xtinction), our first graphic novel, a peculiar narrative about the infinity, the cosmos, the flow and the fire that consumes everything.

E(xtinction) is based on some well-defined sources: in the first place, the short story "The Extinction Hymnbook", by Alcebiades Diniz Miguel, published in the Lantern of the Old Night, originally published by Mount Abraxas in 2017. But both the short story and the comic are inspired by Louis Auguste Blanqui's L'éternité par les astres: hypothèse astronomique. Blanqui (1805-1881), a socialist revolutionary, was linked to many revolts and seditions at his age, and was imprisoned for much of his life. It was at one of those moments at France jails, imprisoned in the Château du Taureau, he wrote his hypothesis about the cosmos that, in fact, would become a defense of the exquisite notion of the Eternal Recurrence or Return.
​
This extraordinary work and the journey of its author are evoked here through the drawings of Fabio Laoviahn in a Graphic Novel without any language interventions – paying homage to the beginnings of silent cinema and the infinite cosmos, which incessantly, in its endless dance of genesis and destruction, crushes every inch of its extension just to re-create everything and start the cycle again.

E(xtinction), a graphic novel (A4 format, 8.3 × 11.7 in.), soft cover designed by Raphus Press Immanent Headquarters with illustrations by Fabio Laoviahn at São Paulo, Brazil, printed in the Gráfica Forma Certa. As usual, this new chapbook edition will be very scarce: only 40 copies, plus some (very few) private copies. All this for only US$ 30.00 + 8.00 for postal expenses. This graphic novel will be sent at January, 2019. It will be only 40 numbered copies, plus few additional private copies.

The third volume of Raphus Précis series will have an unusual gift as usual: an poster, A4 format, with an exclusive illustration by Fabio Laoviahn. Below, Laoviahn's first study for the poster. 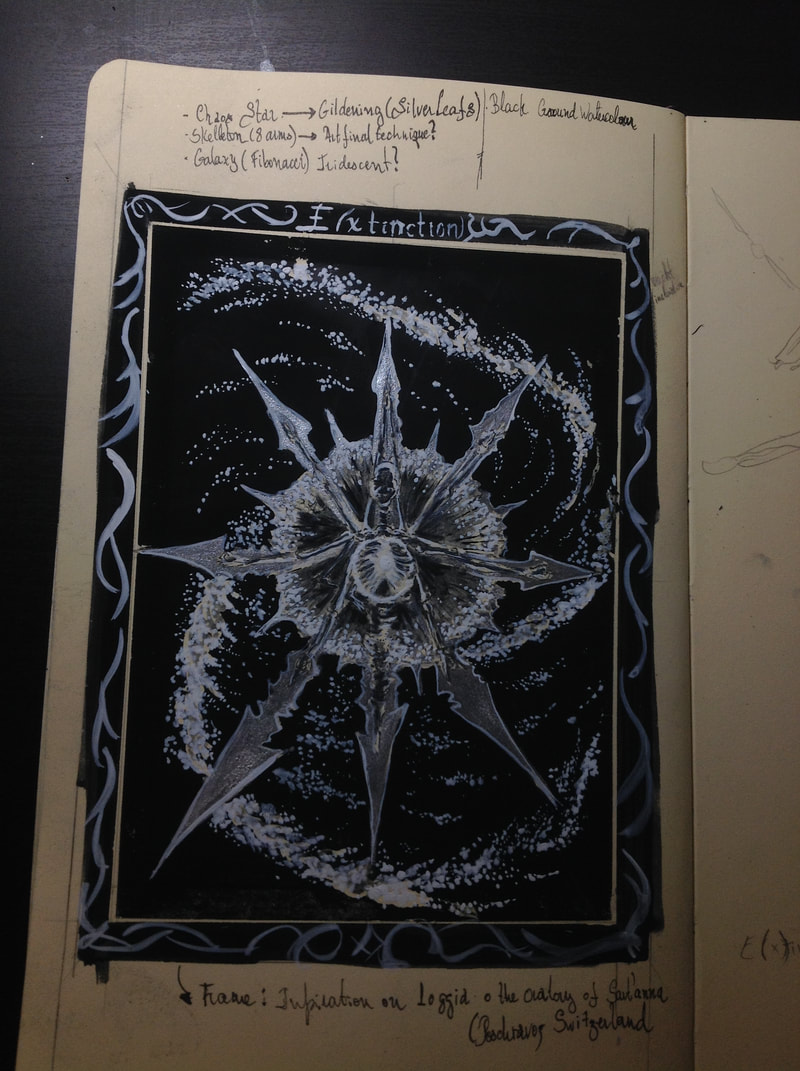